I'm Back From Thailand!

Did you miss me?....
I feel like I've been away for such a long time. I really meant to schedule some blog posts before I left but things just got too hectic and well, it didn't happen. Without beating myself up about it, I thought I'd quickly show you a few of the things I got up to while living it up in Phuket, Thailand. I'll be back later with more posts about what I took, what worked and what didn't etc. 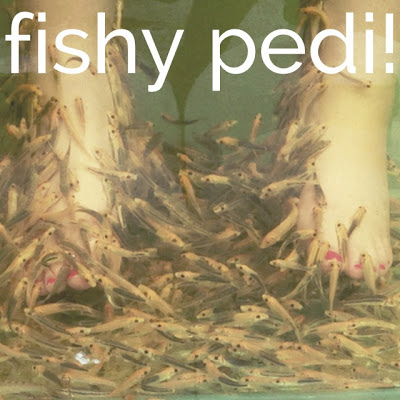 Sorry if this picture creeps you out... Before I went over there, I knew I wanted to get a 'fish pedicure'. However, once I got there I chickened out for the first week after observing others writhing in ticklish pain. Also, there are not just one or two places to get your pedi. There are literally streets filled with fish tanks and people asking you to sit down. On the side of the tank. No, I'm not skinny. Yes, I thought I was going to break the tank. A few days before we left I just did it because I said I was going to do it, and also because I needed blog fodder! Well the feeling is CRAZY. It's like sensitivity overload seeing as so many of your nerve endings are being stimulated at once by these small fluttery fish. It doesn't hurt at all, just feels so weird. I didn't really like the feeling of them 'sucking' on my legs though, I was only okay with my feet being 'treated'. My feet were submerged for 10 mins and when I took them out of the tank, they were unbelievably soft! It cost about NZ$4 for 10 mins and then I followed it up with a NZ$12 hour long pedi. So worth it! I actually did this with my BF (same tank, same time) and appreciated not having all of the fish to myself. Although sometimes the fish would all come to me and then all go to him. So weird, but if you get the chance, get one! 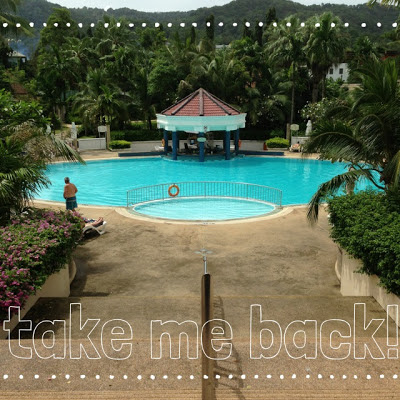 Aside from getting our feet sucked by fish, we spent a lot of time at this pool. We stayed at the Centara Karon Resort and this is the Terraces Pool. It was more of an adult pool (there were two others, one with slides for the kiddos) and it was quite deep in places, but good for a swim. There was a swim-up bar (hellloooo happy hour!) where we met lots of couples and drank too many blue lagoon slushies (alcohol included). I miss this pool, take me back! 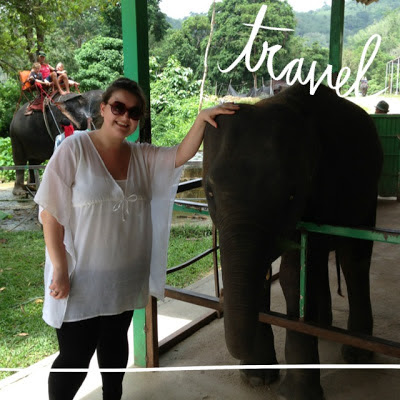 We did so many amazing things and seeing as this was my first time traveling out of NZ, I did lots of activities for the first time like proper ocean snorkeling! My favourite thing was seeing the Elephants though. The babies were just too precious and I told Chris about 500 times that I wanted to take one home. We went for an Elephant ride after meeting the babies (you can see how in the background). Our Elephant was 30 years old and called Beyonce; I nearly died of cuteness overload. She was such a fast Elephant and if I didn't hold on really well when going downhill I probably would have fallen off! The place we went to see and ride the Elephants (Bukit Safari?) was probably the nicest place we saw. We did pass some others, but they were chained up and looked miserable. We never saw a chained up Elephant at Bukit Safari and were happy with how they were treated. 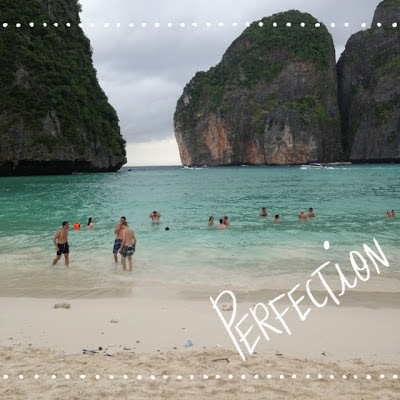 I was really excited to go to Maya Bay, where the movie The Beach was filmed, and although it was beautiful, it has just been taken over by tourists. I was glad we went here later in the day because it wasn't as busy (our tour guide said about 1000 people go in the mornings). The beach isn't that big and so there were lots of boats and people. You can see someone has left a plastic cup in the foreground of the picture and the little bit of rubbish just took away from the spectacularness (word?) of the beach. I was happy to be here still but it would have been nice if the weather were better for photos. We did risk going to Thailand at the start of the Monsoon Season so it was expected. Just keeping it real people. The limestone cliffs were breathtaking and a highlight of this tour was swimming in the 10m deep water of the lagoon that was used to film part of Jurassic Park 2. Pretty cool.

So that was a little bit of what I got up to on holiday. I'm excited to show you a few of the new products that have landed on my desk recently and plan to blog here more often.

What have you guys been getting up to? Have you ever been to Thailand?